The new build has finally started in the car park.  I gather it was delayed a few months while details were agreed with the council, but it looks like it’s full speed ahead now,  Here is a view of the build from our upstairs window. 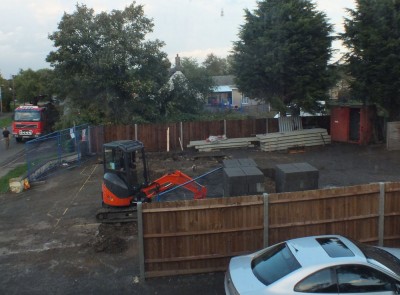 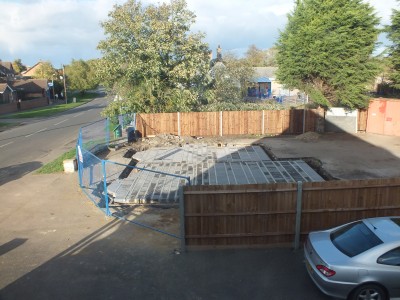 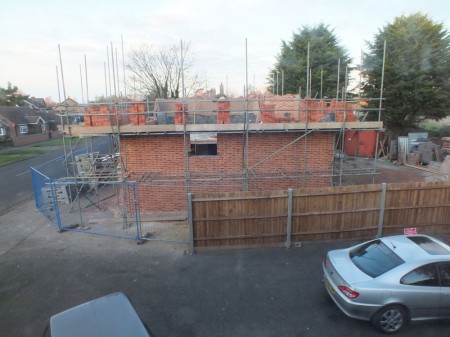 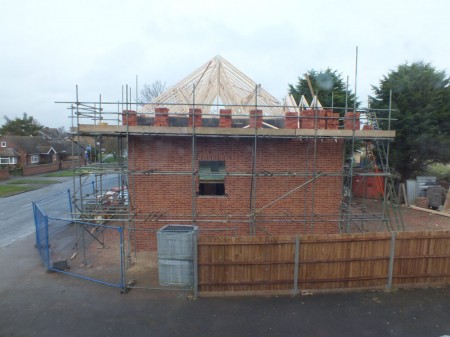 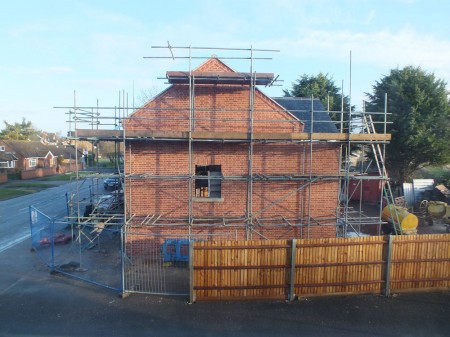 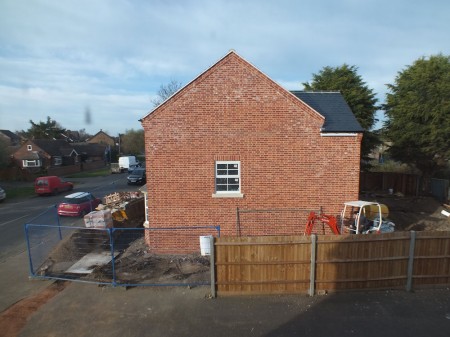 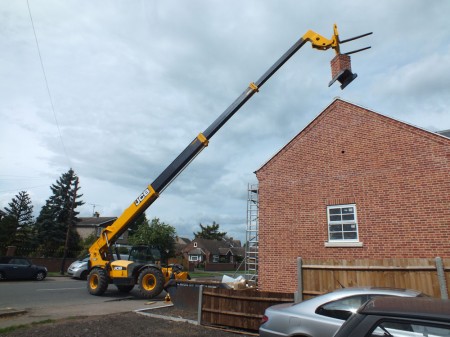 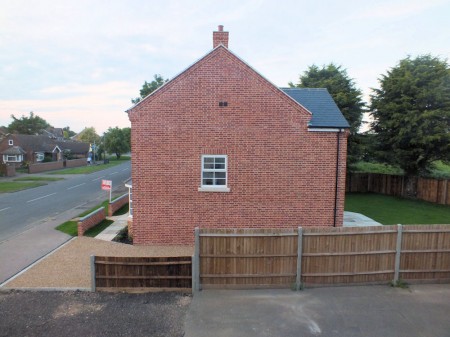 The planning application was validated at the end of September and we should have a decision by the middle of November.

The main changes are adding a garage for my elderly Renaults, putting a pitched roof over the flat roof extension to make it look a bit nicer, and making the void into a bedroom with a new window above the big bay window.

Click on the images below to see the plans. 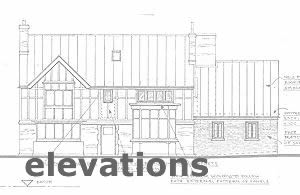 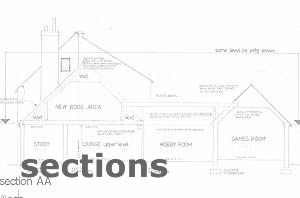 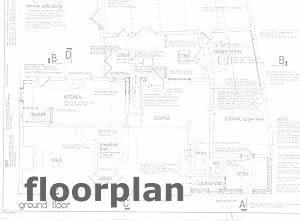 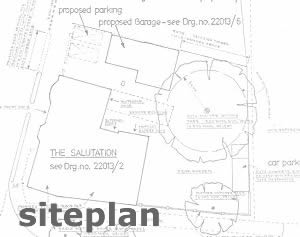 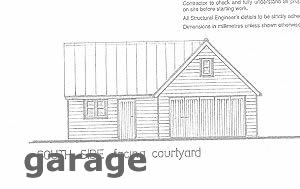