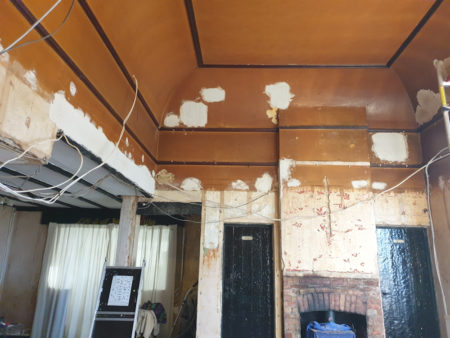 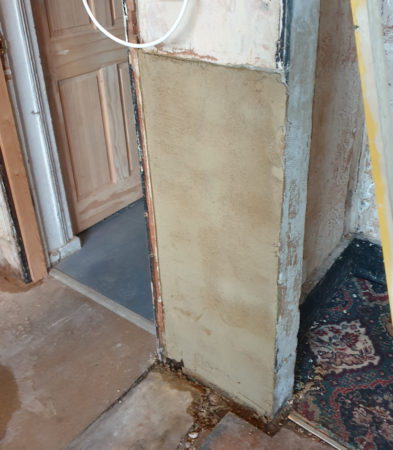 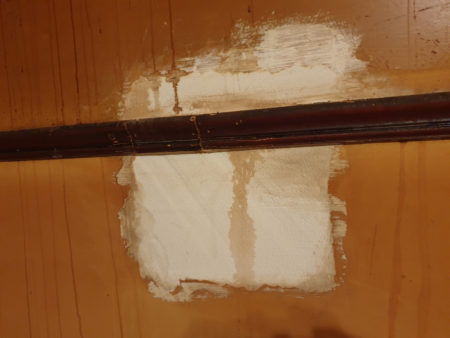 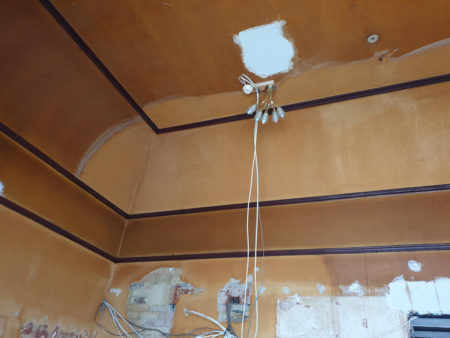 I had imagined throwing a few loft boards on top would have been a minor job but it took a whole day.  The odd shape was one thing but a lot of time was spent routing joints to make the most of what I had after I found my stock of loft board wasn’t all the same thickness. 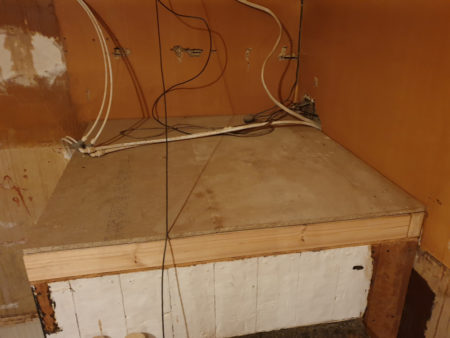 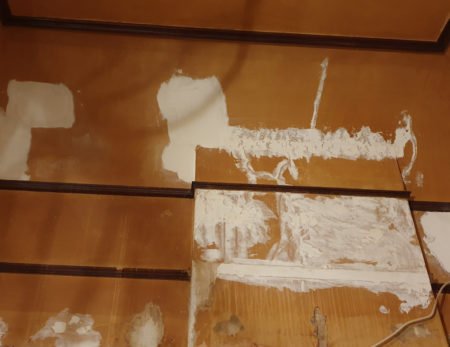 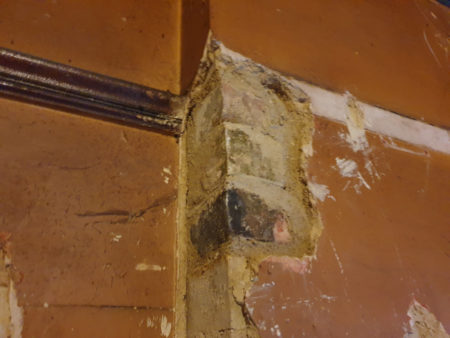 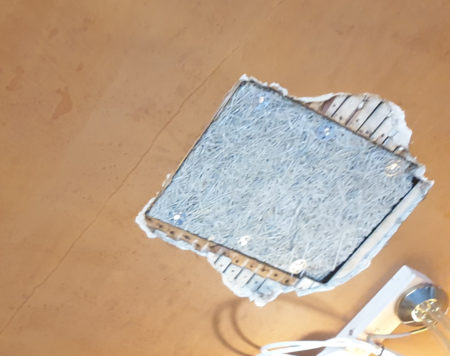 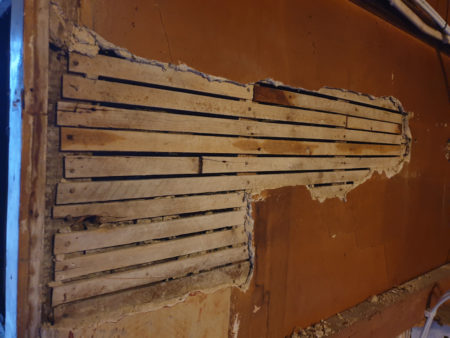 I’ve tried exposing a couple of inches of the ends of broken lath and then attaching new lath to the old lath by cross nailing using lots of stainless brad nails.   The result seems secure.  But I’ve only tried it in one place. 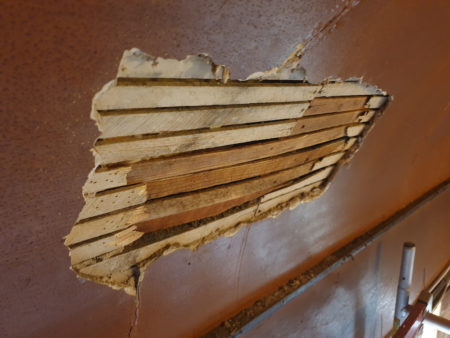