I’ve seen bits of wood embedded in the inside of walls before and assumed they were intended as something to nail things to.   It turns out they are called bond timbers and were commonly embedded in walls up until at least 1850 as a reinforcement that might stabilise the building a bit should you have forgotten to build foundations.  One of my bond timbers had rotten so I’m replacing it with bricks.  The rest aren’t too bad. 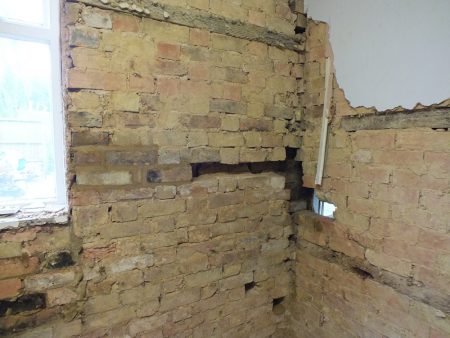 The Edwardians built the half brick internal wall to the right and they also put some bond timbers in, but they missed the point and put them where they wouldn’t tie to the timbers in the external wall.  The external wall doesn’t seem to have moved much recently as there were no cracks in the modern plaster, but it is worth making things a little more sound while the wall is exposed.    I put in a few new bricks in to the corner and re-jointed other bricks to tie the walls together all the way up. 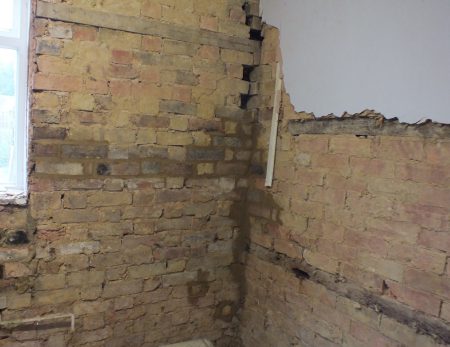 I have taken on some more work, partly based abroad, so progress will likely slow even more.

I have ordered some new sash windows for the rear of the house to replace the nasty 1996 efforts, and I have come up with an elegant custom secondary glazing system for the front of the house which will give me something to do in the winter evenings.