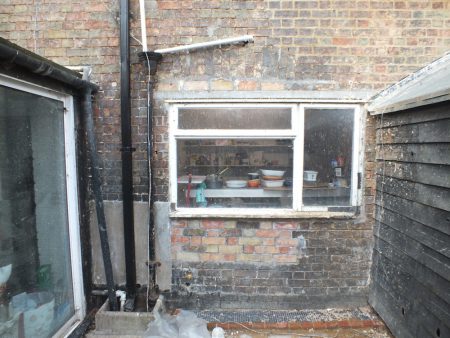 It was quite a job to remove the concrete lintels from above the picture window,   We removed them in two halves so half the opening remained supported while we bricked up the other half. 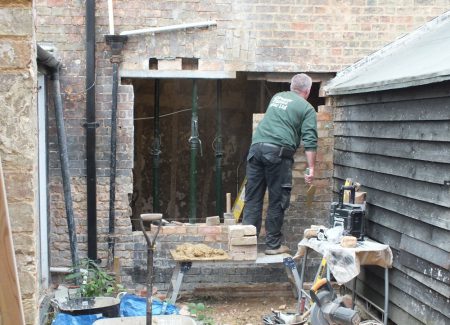 The new window was made by John to match the original Edwardian windows elsewhere in the house and looks lovely.   He made another 3 windows for upstairs which we will fit next year when the weather warms up a bit. 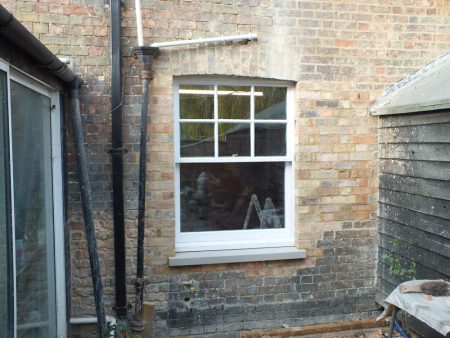 The flood put a couple of rooms out of action and has prompted some ‘re-decoration’ over the winter months.    The kitchen was already out of action, and the plan is to connect the kitchen to the snug to form some sort of kitchen diner.

The modern waterproof coatings, the bar and the wood panelling have largely been stripped from the snug putting it back roughly where it might have been around the year 1900.   My nieces will have great fun with the two doors. 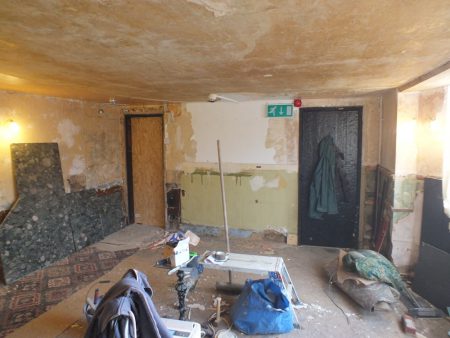 The east wall in the kitchen has been a bother.   Following earlier modifications the east side of the house was supported only by a couple of half bricks sitting at a jaunty angle.   In the photo the door to the utility room is being rebuilt using proper lintels to replace the pretend lintels made of fence post.  Also we’re putting some bricks underneath the lintels this time around. 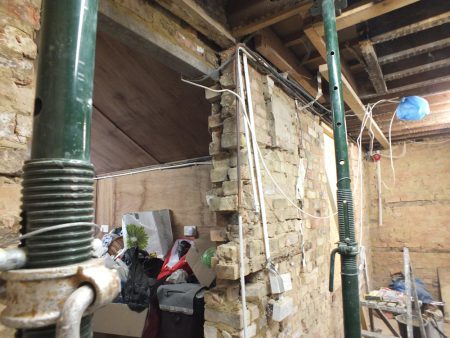 Things are moving forward at an exciting speed, but there is so much to do it’ll still take years.  With the high speed of things I should have another more interesting update next week so don’t go away.