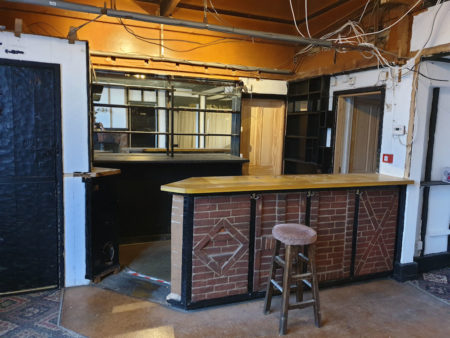 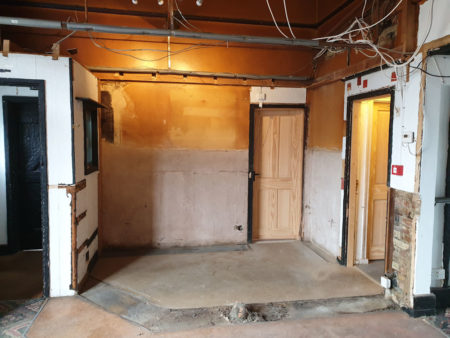 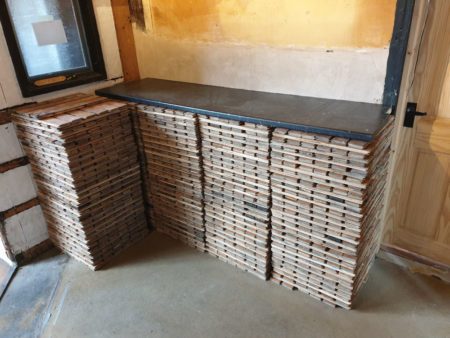 Who would have thought the parquet in the last post would ever look like this? – and it’s not even finished yet!   Callum Finlay spent a day using an edge sander to get all the new blocks to the same height as the rest of the floor.  The photo shows the subsequent rough sanding using a belt sander. 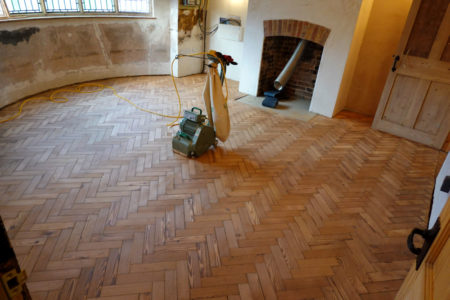 I’m amazed at how little material was removed and that the new bits match.  The levelling will allow me to fit the skirting, then once I’ve finished decorating Callum will come back to do the fine sanding and finishing and make it look all posh.

For the rest of the year I’ll be… er… oops.  Next year things should be more settled and I want to get back on the case with the restoration and make more things more beautiful. 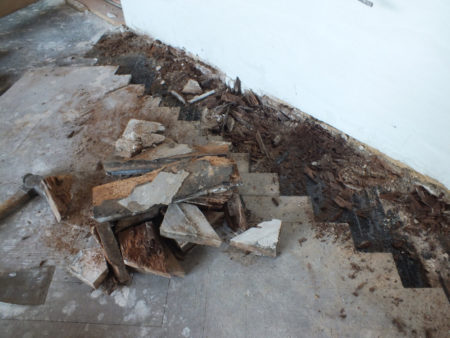 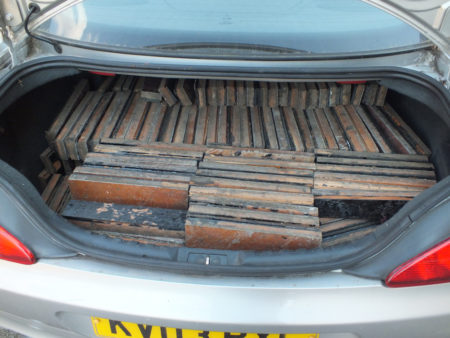 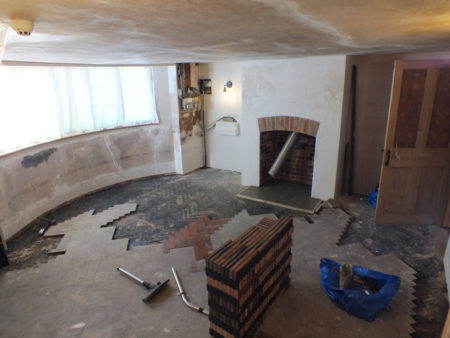 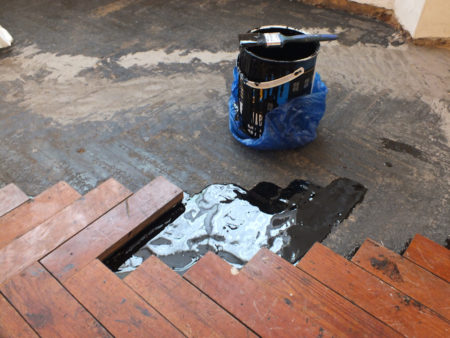 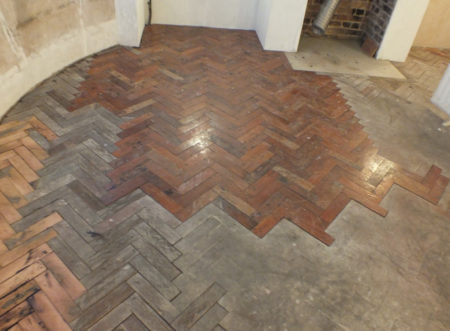 Kae is in France this week, and in the absence of anyone sensible around I decided to do some decorating. Though one thing leads to another….. 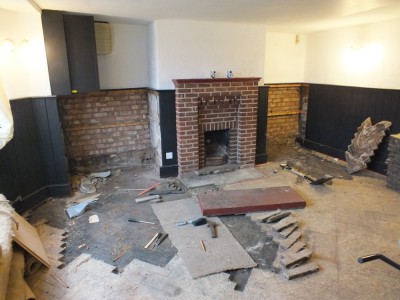 The problem was rot.  Initially the term dry rot was bandied around but it seems it was good old-fashioned wet rot. Under the carpet in the Snug there was some lovely 1920s parquet flooring. Unfortunately the ground level outside is about 12 inches above the floor level inside and the far end of the room has been damp for years. The parquet floor and the later wood panelling had crumbled away and needed to be brushed up. 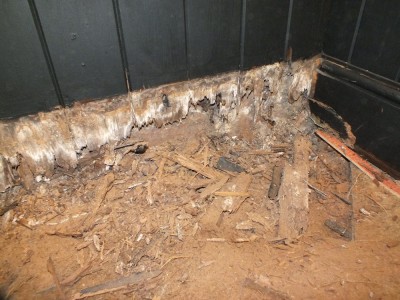 The rot appeared to be confined to the area around the end wall and fireplace. I had intended to remove all of the parquet but moving further into the room the parquet floor appears to be in reasonable condition (apart from maybe the bay window area). I’m in two minds whether to restore the floor or recycle it on eBay.

Before I keep it I’ll need to find a solution for the damp problem. For now the rotten bits are on my skip pile and I’ll rest the carpet back on the good bits. The missing bits will leave the structure exposed to try to dry it out.

I ended up restoring the parquet.