It’s an old wall built with imperial Bedford Clamp bricks in Flemish bond.  The gable end of the barn was built on top of the wall, and the barn is from around 1850 so the wall is probably earlier.  The wall will be rebuilt using the original bricks.   The bricks are horribly spalled so they will need to be turned around. 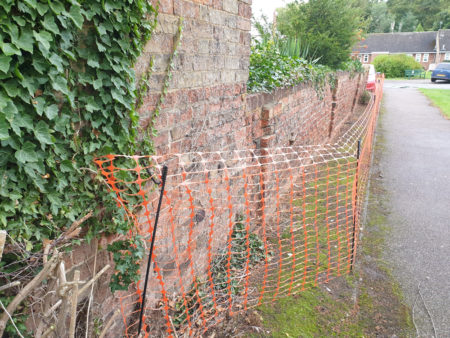 The poor wall is looking less well now.  Nominally the wall is straight, but the lean gives it a pronounced curve even at half height.   If it falls over now it will result in ankle bruises rather than squished children so I’m feeling a bit better about it now. 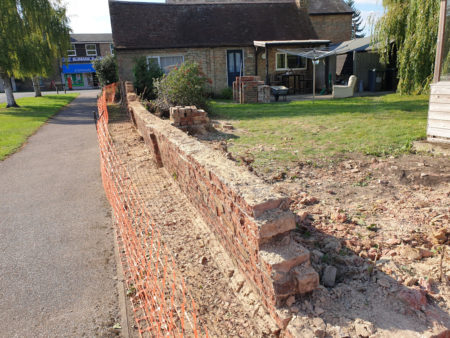 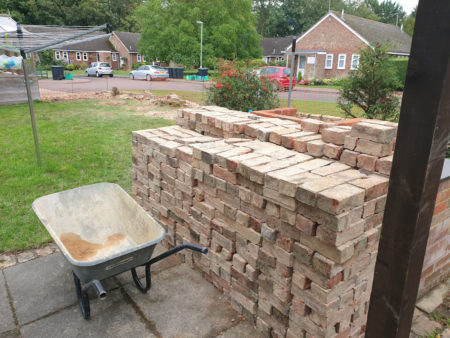 At the rear of the house facing the 1970s bungalows a large stretch of wall was replaced with fence in the late 1980s.   It turns out that the bungalow site was levelled to below the wall foundation.   The bricks don’t reach the ground.  The foundations are 3 inches thick so might have just about made it to the ground in places, but I’m guessing this wasn’t enough for an old wall which had also just become a retaining wall. 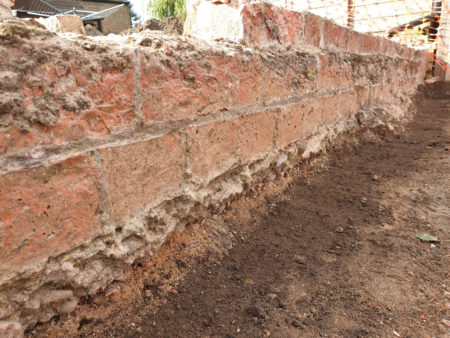 The weather has been too hot, too rainy or too unpredictable for weeks, but finally today I put the first coat of linseed paint on the bay window that I stripped in April.  It’s a big old thing.  It took all day, a third of a tin of paint, and there were more than 50m of edges to cut in.

It’s looking pleasingly Gothic now and it finally matches the rest of the front. 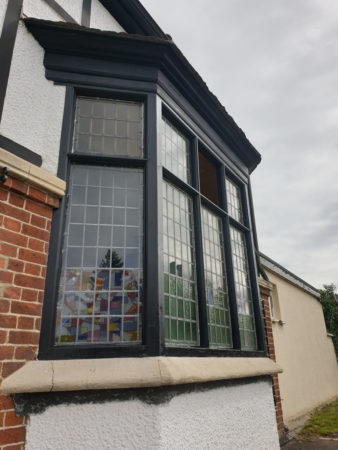 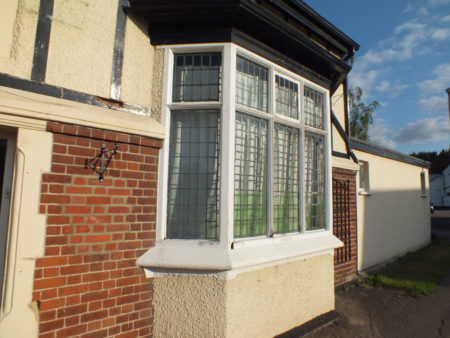