The lean in the garden wall seems to have been caused mostly by a Leyland Cypress tree removed in 2014.  The tree made the wall lean over by 6 inches and also pushed the foundations sideways by around 8 inches.    If we are going to have a straight wall there will be some stump removal needed because the stump is in the way. 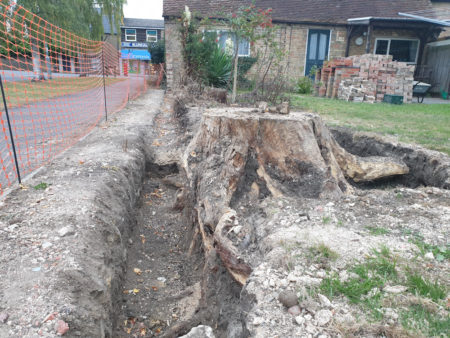 More than a month later the tree guy turned up with a stump grinding machine and (very professionally) removed the stump. 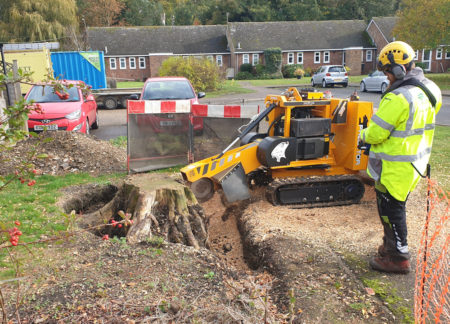 Now the awkward stump is just sawdust.   There is quite a lot of sawdust but November 5th isn’t too far away and might provide a good excuse for a bonfire.