The new timber frame started going in on Saturday (the original was rotten).  My cousin John made it from air dried English oak.   It was nerve wracking removing the old frame – the inside of the house is full of acro props, the chimney extended to support a purlin, and various braces added to support the brickwork.  In the end it turned out the original frame had stopped being structural a long time ago. 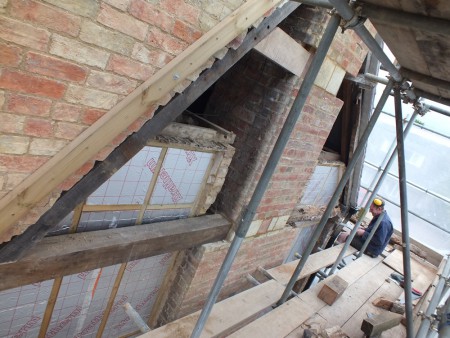 The original wall plates are better than they look.  The ends were damaged by waterproof paint but the rest was able to dry into the bedroom wall so hasn’t been too badly damaged by beetles.  The wall plates stuck out from the wall to allow material to accommodate a fish tail joint in the tie beam.   Some lead hats were fitted before the frame was pegged together. 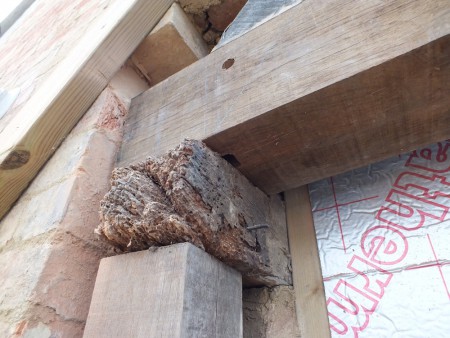 The current roofline is shallower than the original, and the oak timber ends behind the facia board before it meets the chimney and does nothing useful structurally.   We kept that feature because I wanted to indicate the original roof line, but annoyingly the new wood is curved and probably could have been extended all the way to the chimney.  I might stud and resin fix some new oak in place to complete the rafter.   The tie beam is extended past the wall plate (it was originally cut diagonally) so it can support the facade. 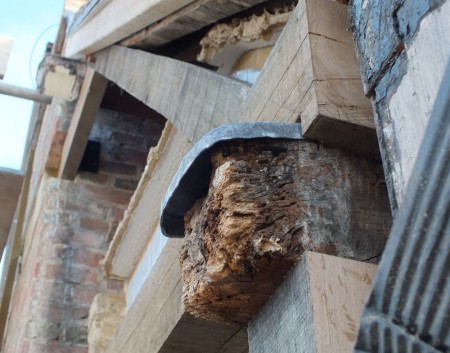 The studding is taking a long time because all the wood is a funny shape and each joint has compound angles.   The pattern of stud work matches the original apart from some slight modifications to avoid gaps of more 600mm between studs which is the width of the woodwool board infill. 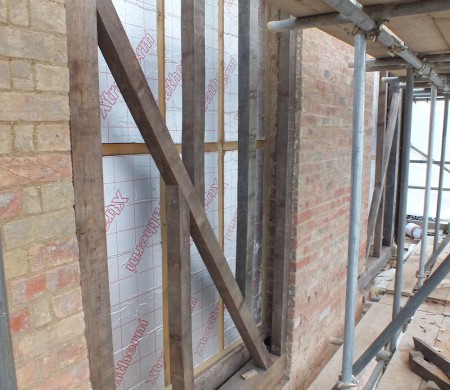 The frame is starting to look nearly finished with most of the second floor studding in place.  I’ve still to finish off the barge board on the front of the roof which is tapered.  I tapered the wrong face and need to buy another bit of wood but the frame took a week and it is Saturday again today.  I’ll get on with the infill. 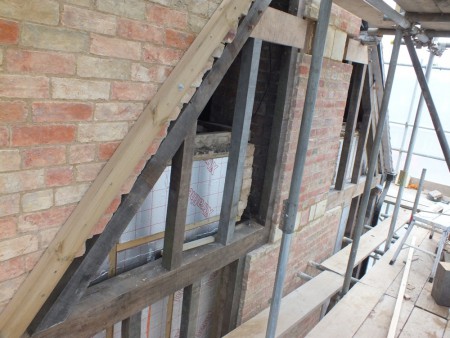